Skip to content
During the Covid-19 pandemic, karaoke fans were a little disappointed that they couldn't sing at will. By wearing masks, their voices are less "clear."
But don't worry. Xing Inc., a nagoya-based subsidiary of Brother Industries Ltd, claims to have a solution. Karaoke venue operator Joysound added a new feature of "mask effect" on the screen of the song selection device. The feature has been installed at 110 karaoke venues since early July. 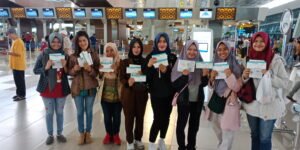 When turned on, the singer's voice is clearly heard. The secret is how the effect adjusts the medium and high pitched sound.
"it makes the singer's voice sound natural," said Koyama Tomomi (27) who developed the feature.
The feature gave them a boost and made other technical corrections while filtering the sound for Xing to improve its karaoke system by designing better settings and features to improve the karaoke experience for customers, so Koyama leveraged the company's expertise when making improvements to mask dampers.
Xing began to develop the mask effect in May when the Covid-19 pandemic worsened in Japan so they had to temporarily close the karaoke room when it was declared in a state of emergency.
Koyama and other staff began designing the feature under encouragement from company officials. The team sang about 100 songs, ranging from traditional "enka" to modern pop songs, to make sure they got the right sound.
Although the number of customers continues to decline, Koyama hopes that his business will start to recover because now people can enjoy karaoke as much as they want even if they have to wear masks.
Daiichikosho Co., operator of karaoke venue DAM, followed in Xing's footsteps by introducing a similar feature on Oct. He also promoted a service for remote workers to book karaoke rooms to use as office space, which was introduced before the pandemic began. 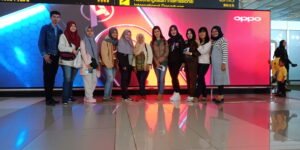