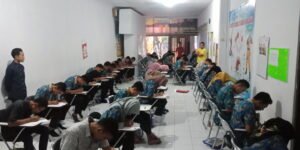 It's no wonder that many people want to move to Japan. A survey by global money transfer service Remitly found many people around the world want to live and work in Sakura Country.
Interestingly, despite the Covid-19 pandemic, in online search engines many people are looking for information on how to move abroad. Based on the data, Remitly found Japan to be the second most popular country after Canada became the destination country to move and live in.
Search data collected from 101 countries, Japan came in second followed by Spain, Germany and Qatar. Canada, Japan, Spain, Germany and Qatar are the top five favorite countries.
The Land of the Rising Sun is the most popular destination in 13 countries. If observed further, Japan is the first choice for people from the United States, Canada, Australia and most countries in Southeast Asia: Thailand, Laos, Myanmar, Indonesia, Cambodia and the Philippines. While the Japanese themselves mostly want to move to England.
Previously, Japan also ranked in the top 10 of the 2020 Global Peace Index for its security, scenic beauty and culture. Not to mention the delicacy of the food. This may be the reason why you want to move to Japan.
Share this Facebook Twitter WhatsApp